A downloadable game for Windows

A short story about the faded memory of another place.

Played through today. Such atmosphere. The sparse graphics and oblique voice-over really go to making the experience akin to automatic writing.  Playing through has that same feeling of co-creation as reading a novel...it's engaging with art and narrative I guess. How you can remember the strange unknowing poetry of childhood friendship much less evoke it in this form is a revelation.  The end of the game ***SPOILERS*** when it just 'crashes out' seems really brutal, was this intentional? A rude awakening? Can't wait to be able to wander round Fallow. I know your music must take a lot of your time but these experiences you create are amazing.

I have no idea how it managed to be as horrifying as it was. The atmosphere was very tense, and the 'monster' encounters were legitimately terrifying despite being so seemingly abstract. Every time I had one, I found my legs goosebumping up, thanks in large part to the sound direction. It really sold the whole game, and so I get why you wanted the headphones on (someone tapped me on the shoulder while I was playing and I screamed.)

So, my amateur attempt to interpret it is that it's about someone who won't let go of their friend. That is to say, the 'monster' you encounter stops chasing you as the woman starts to understand she has to let go. Meanwhile the 'lights' were in some way significant because once she accepts letting go, they no longer light up. Similarly, I think the 'sparkles' have to be, like, a miscellanea of remembered objects that have significance only for their connection to the girl she fell in love with.

But what I don't understand, of course, is what happened. "Brain damage" is a strange tag. The first impression is that they just moved away, but with the impossibility of finding the house, the strange stories, the odd trees, it has this feeling as if it's straddling the everyday and something almost supernatural.

At the same time, that feels like it might just be the magic of childhood, and of romance, twisted and turned into some dark forest of mental regret.  (And again the 'Fantasy' tag makes me question things.)

So yeah, I really enjoyed it, it was freaky and strange and very, very unnerving, and thank you for making it.

Great game. I finished it within half an hour, kinda wish it was longer. Keep up the great work.

Really cool style! I love the atmosphere and the audio is amazing. I would really have liked some subtitles, though. The voice over seems really central to the experience and I feel like I missed a lot since I couldn't make out half of what was said :/

I have played until you get out of the dungeon,  that starts in the cabin and leads to the end of the road. when i enter the next one and use the screens in the corner the game crashes. is that where it ends at the moment or just a bug. loved it so far!

that's the ending of the story. thanks!

Too much horror, can't understand what the girl is babbling about, same gameplay.
Though interesting style.

I just played through this game today. I thought it was amazing! I'd like to see more stuff like this 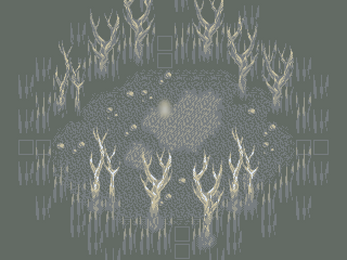 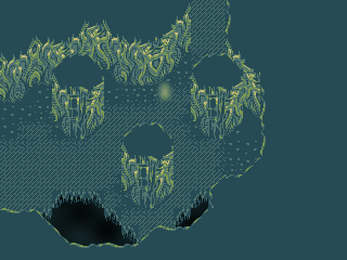